Thank you all for your good wishes following my last post. I had a lovely break, which is just as well because I’ve come back to pandemonium, but sure doesn’t everything come with a price tag? 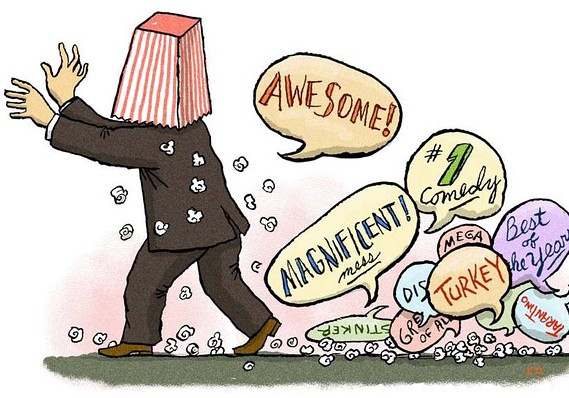 In my thirty year career I’ve enjoyed some very generous reviews and few stinkers. Of course it’s the stinkers one remembers. Someone (and my revenge has been to forget his name) once described me as being the kind of woman who cornered you at a party and regaled you with hilarious (not) stories about her children. Boy did he get that wrong. I’m the kind of woman who keeps her coat on and leaves after one drink and a Twiglet. Anyway it was a stupid ad hominem criticism that had absolutely nothing to do with my book so ya boo sucks to him.

You may have noticed that most critics are not themselves writers. This is an important point. There is a world of difference between creating and demolishing. I can’t really say we don’t need critics. I do read reviews. Sometimes I buy a book or a CD or go to an art exhibit on the strength of a review. I just think we need to keep in mind what critics are. Like tapeworms, they live parasitically off the efforts of others.

Hat tip to Mr Bird for this Brendan Behan quote: critics are like eunuchs in a harem; they know how it’s done, they’ve seen it done, but they’re unable to do it themselves.

Yesterday I was listening to Jacques Offenbach’s wonderful overture to Orpheus in the Underworld. Offenbach knew a thing or two about critics. When Orpheus opened it got panned by a very influential critic, Janin but Mr Janin had his own agenda. He was a bit of a Napoleon brown-nose and he thought Offenbach was taking the mickey. But as we know, bad publicity can be a boon and people flocked to the theatre to see what Janin had found so offensive. It became a box-office success.

When Offenbach died he was buried with withering praise. The Times said, ‘it is very doubtful whether any of his works will survive.’ The Athenaeum said, ‘his music will die with him.’  The names of those critics eludes me. Offenbach has had the last laugh.